In celebration of its 25th anniversary, we were commissioned by the Justin Wynn Fund to create a mural that reflects the positive impacts that the organization has made in its community. As a valued youth leadership program focused on community service projects, JWF has not only improved the community of Evanston on the whole, but it has cultivated generations of socially conscious youth participants over the years.

Some of the themes featured in the mural include:

The camaraderie of JWLA youth, built upon a shared focus: as seen in the group of students standing close to one another, all looking up in the same direction. (Note: these children are potential stand-ins for what could be actual JWLA youth, to be photographed this spring).

Energy, creative thought, action: as seen in the spherical circles that run through the mural, which resemble thought bubbles, molecules, and energy, and represent the youths’ conscientiousness and thoughtful spirit.

Looking ahead, focus on the future, leadership: as seen in the ladder that the students are looking at, contemplating their future, their roles as leaders, their desire to achieve good things.

The spirit of giving and generosity: as seen in the open arms and hands that encompass and embrace the activity circles.

Important JWLA projects: as seen in the larger circles. The work itself that the Justin Wynn Fund does year to year, including: volunteering at soup kitchens, playing at the basketball tournament fundraiser, beach clean up, helping at the dog wash fundraiser, assisting senior citizens at King Home, and collecting goods for the canned food drive.

Other elements include: The slogan “Leadership Through Community Service”, the District 65 logo, and “Est. 1987”. We chose to present the year that JWF started rather than the fact that this is its 25th year, to keep the mural more timeless. 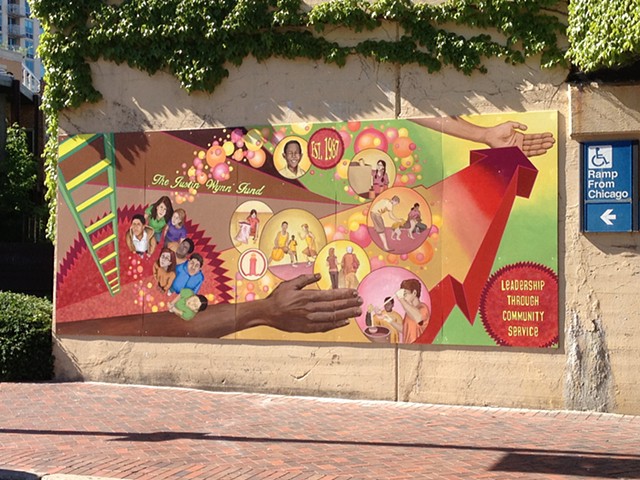 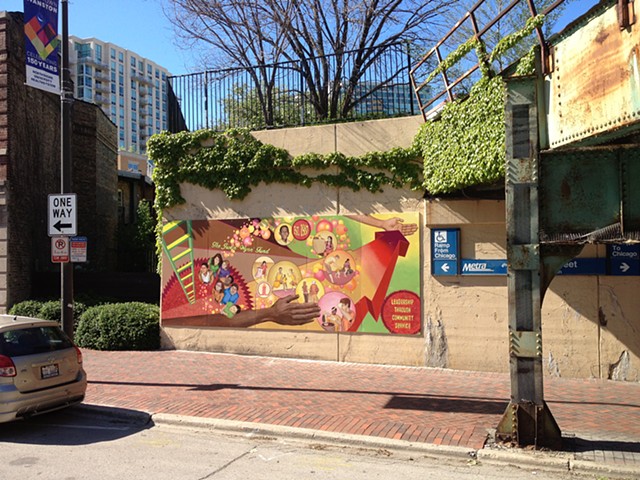 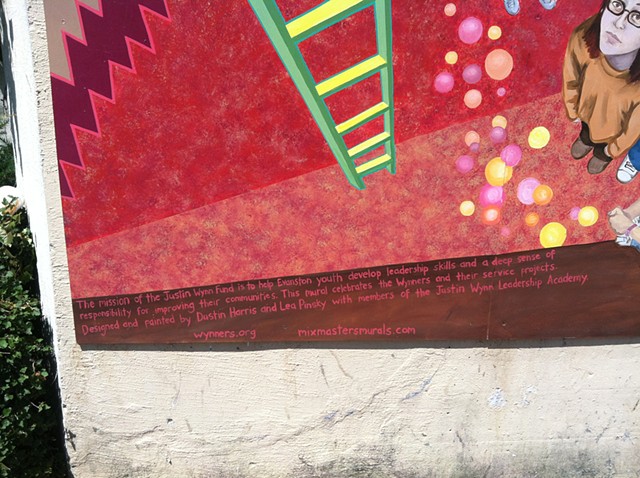